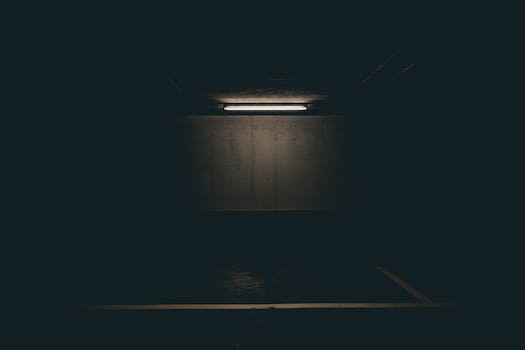 One might think that being locked up is a thing of nightmares, well now it’s the new cool. Sweeping en-vogue industry events such as the South By Southwest (SXSW) Conference, the Escape Room is your attraction getting everybody talking. And it’s not just the participants, because this newfangled love of immersive experience is opening a door to innovative marketing opportunities, too.

You may inquire. Picture this – you’re in a locked room. You have a couple random clues and you have no clue how to get out. You might think this is just another plot from among the Saw film franchises but it’s in fact the makings of an Escape Room experience. This’craze’ entails a group of up to 12 players – depending on where you book – who must use physical and mental agility to unlock door after door, moving from room to room frantically figuring out mysterious clues. The catch? You have just 60 minutes to break loose.

Of course this is not a new concept but after years of virtual reality parading as the cool big brother in the world of immersive experiences, escape chambers have been working through the experiential ranks to take the title of legitimately’wow’. Unsurprisingly, sharp marketers have monitored this and are now discovering innovative ways to maximize the exposure to the experience. The’tie-in’ style of advertising agreement seems to be the ruling formula for this.

Although this style of marketing is nothing new in itself, what makes it effective is that the goods marry perfectly with the expertise, and we all know that consumers are, more than ever, forced to spend their money on’doing’ rather than through conventional advertising procedures, i.e. simply’watching’.

Marketers would launch games then host’real world’ experiences: events, competitions and interactions which complimented the gameplay and made it concrete. This is where clever partnering and cooperation comes in. The perfect partnership here would be based on a mutually beneficial commercial relationship where the escape room company and the IP (or copyright) owners work together to garner maximum exposure and expand the customer base, prompting a’win: win’ arrangement.

Escape 60 in Brazil pulled off a blinding example of this in 2015 when they linked up with Ubisoft, the founders of fantasy behemoth Assassin’s Creed, to get ahead of the game and create an escape room orchestrated around the release of Assassin’s Creed Syndicate. America’s Escape Game, Marriott Vacations Worldwide and Vistana Signature Experiences also collaborated to deliver the worlds of hospitality and entertainment together, which is now an increasing trend. Alex Reece, CEO of America’s Escape Game, commented in an interview at the time (October 2016),”We see a very bright future of integrating escape rooms powered by America’s Escape Sport in multiple Vistana places in the coming months and years. There is no doubt that this powerful alliance will bring the exploding escape room experience to many enthusiasts across the world.”

Fast-forward to 2017, and that same love of immersion compels lots of the elaborate advertising activations we see today in escape rooms. “I think that the immersion allows for this to be more personal and customized,” Joanna Scholl, vice president of marketing at HBO stated when quoted in an interview at this year’s SXSW conference. When asked about HBO: The Escape she remarked,”Each person feels like they themselves are a part of this experience, and it leaves much more of a memorable note for them.”